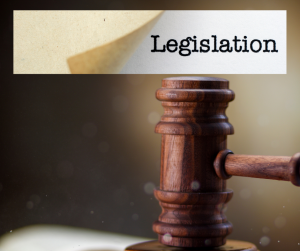 New Laws for Small Businesses in 2022

From salary and benefits, to the hiring process, to non-compete agreements, an array of new state legislation that affects small businesses in one way or another has taken effect as of the first of the new year, 2022.

72), which amends the Illinois Freedom to Work Act, holds that employers cannot enforce such agreements with regard to employees who earn $75,000 or less per year in salary, a figure that will rise every five years and eventually reach $90,000 in 2037. Previously this applied to workers making less than $13 per hour or minimum wage, whichever was higher.

Job Interviews:  Other new laws pertain to the job interviewing process. One of them (HB 1207) prohibits employers from asking about an applicant’s salary history, although they are permitted to ask about the applicant’s salary and benefits expectations, as well as to discuss the potential compensation for the position the applicant seeks.

Another newly minted piece of legislation (HB 53) impacts employers who rely entirely on artificial intelligence and robotics in narrowing down the applicant pool to those who will receive an in-person interview. They are now required to collect and report data about how the breakdown in terms of race and ethnicity of those interviewed in-person (and those who are not) as well as those who are hired.

Employee Benefits: Some of the other new laws govern aspects of employee benefits. One of them (SB 258) enables employers to remove a child from an employee’s health insurance plan if the employer no longer provides group health insurance, and/or if the child no longer qualifies to be on the plan based on other federal or state restrictions.

Another (HB 117) piece of legislation impacts 401(k), retirement and pension benefits, amending the Illinois Secure Choice Savings Program Act to take the affected employer threshold down from those with 25 to five employees, and increasing automatic contributions “up to a maximum of 10% of an enrollee’s wages.”

Guaranteed time off in the event of violence against an employee is the focus of another new bill that passed the legislature (HB 3582). This both provides unpaid leave for violent-crime victims and their family members, and requires that such victims be enabled to collect any voluntary leave benefits. The definition of “family members” extends to “any other individual whose close association with the employee is the equivalent of a family relationship as determined by the employee,” according to the act.

Once you have all that straight, you’ll be ready to do business in 2022.  But the best advice is to confer with experienced Illinois Business Lawyers you can trust.