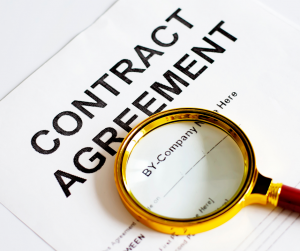 A recent Illinois Court of Appeals decision in an Illinois Wage Claim Act case puts a magnifying glass on the sticky wicket employers can find themselves when they are unable to pay an outside contractor, at least under certain circumstances.

The decision in O’Malley v. Udo, 2022 IL App (1st) 200007 (Jan. 14, 2022) revolved around an independent contractor who was paid $1,000 per work day plus expenses, was sent 1099 forms at the end of the tax year, was mostly free to work from his Evanston home, and otherwise clearly identified in the written agreement between the parties – and at his insistence – as a consultant.

When the company was unable to continue paying his fee, his previously expressed desires notwithstanding, the consultant filed a claim as an employee under the Wage Act, which can be considerably more involved than a contract claim.  This is because it leads to both penalties of 5% per month plus attorneys’ fees, as well as the potential for civil or even criminal liability for individual owners, directors, officers or managing agents who are aware of the payment shortfall.

Based on the written agreement, the trial court found that based on both parties’ expressed intentions in entering into the contracting arrangement, the consultant did not have an Illinois Wage Claim Act case.  But the Court of Appeals reversed, based on the assertion that “a plaintiff’s status under the Wage Act is not controlled by how the parties referred to themselves in their agreement.”

The Wage Act itself defines “employee” fairly broadly, and the consultant in this case fell under that definition because he neither (a) performed his work outside the usual course of the employer’s business, nor (b) performed his work outside the usual places of business of the employer (an exception is made to the latter in the case of placement agencies).

If the plaintiff had met either of those criteria, he would not have qualified as an employee; but his work was considered central to the business rather than merely “incidental,” and although he mostly worked from home, he traveled to meetings and roadshows—both considered “usual” places of business—and made presentations in which the company identified him as its “managing director.”

Other criteria under the Wage Act that can trigger the “employee” definition for a contractor center around whether the individual is free from control and direction over his day-to-day work, and whether he works in an independently established trade, occupation, profession or business. While the plaintiff in O’Malley v. Udo did not fit the definition under those qualifications, the act’s definition of “employee” applies to a person who meets any single one of the criteria involved.

Not to be overlooked, the U.S. Department of Labor has weighed in and explained how it believes the distinction should be made.  The DOL analysis boils down to a set of six factors, each carrying equal weight to make the distinction between an Independent Contractor and an Employee.  More info is available at our web site.

Employers should also be aware that there is a 10-year window – Statute of Limitations – that plaintiffs have to file suit in cases like this.

What all of this adds up to is that employers should be very careful when agreeing to independent contractor status.  As far as the Wage Act is concerned, employers may be entering an employment arrangement whether they know it or not.