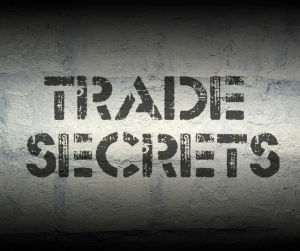 Can You Keep a Secret?

At the federal level, the Defend Trade Secrets Act of 2016 created a pathway for civil action due to misappropriation of trade secrets; federal courts also can rule on criminal trade secret actions based on the Economic Espionage Act of 1996.

The UTSA defines a trade secret as information with actual or potential independent economic value, based on the facts that potential competitors don’t know about it and don’t have the proper means to obtain it; and that “reasonable” efforts are being made to keep that information secret. The information in question can take the form of a formula, pattern, compilation, program, device, method, technique or process.

Information that’s either common knowledge or easy to ascertain cannot be protected as trade secrets. Reasonable precautions must be taken to protect any non-public proprietary information, although the standard that a trade-secret holder must establish is “relative” secrecy, not complete and total secrecy, also defined in the American Law Institute’s Restatement of Torts as having a “substantial element of secrecy” that would most likely require improper means to breach and obtain.

Secrecy is not breached when “employees involved in its use” and “others pledged to secrecy” become aware of the information, nor when others discover the information independently and yet continue to treat it as secrets, the Restatement states. Courts have found that disclosing the trade secret to a small number of people outside the company, for a specific purpose, also does not compromise its protected status.

Factors in determining the status of trade secrets include the extent to which the information is known both inside and outside of the business, the extent of measures taken to guard it, the value to the business and to its competitors, the amount of effort or money expended to develop the information, and how easily (or not) it could be properly acquired or duplicated.

Bottom line, the value of a trade secret derives from the competitive advantage gained by its owner, based on the fact that a competitor would find it useful—and need to expend a combination of money, time and effort to duplicate it. The secret does not necessarily need to be vital to its owner’s business, nor does a formal valuation need to be established.

To ensure maximum protection, trade secret holders should consider measures like posting notices of secrecy and confidentiality, placing cautionary signs as appropriate, restricting visitor access, separating internal processes so that only employees or departments who need to know a secret are aware of it, installing locks and other standard security measures, and implementing policies and procedures to train employees properly—and hold them to any confidentiality agreements they are asked to sign.

Hiring agreements and employment contracts should specifically cover confidentiality policies and the types of protected materials, and employees should be told upon hire that when they leave the company, they will be required to provide the name, address, telephone number and job function regarding the next step in their career—no secrecy allowed.