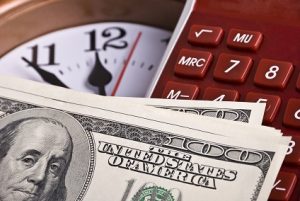 END_OF_DOCUMENT_TOKEN_TO_BE_REPLACED

In decisions involving two recent cases, the US Supreme Court has made subtle but important changes to the standards affecting retaliation and discrimination cases. By applying more stringent criteria in two areas, the Court has limited the ability of workers to file these types of lawsuits against business owners. The first criterion invokes a legally tricky principle called a “but for” causation standard and the second clarifies the definition of “supervisor.”

A complaining employee must establish what is known as a “but for” condition to satisfy the first criterion.  Specifically, the justices ruled that retaliation claims filed under Title VII of the Civil Rights Act of 1964 must be proven under this established legal principle. It is a term that lawyers are familiar with, but most business owners are not. In practice, it means that an act of discrimination – usually termination or demotion  –  must be shown to be contingent on a supervisor’s wish to retaliate against the employee.  By invoking this scenario, the plaintiff’s lawyer is compelled to convince a jury that the discriminatory action would not have taken place “but for” an conscious desire to punish or pay back the employee.  This concept is a little more accessible if we substitute the term “if it were not for” to replace “but for.”  For example, the supervisor would not have fired the employee if it were not for (but for) the supervisor’s desire for retribution against the employee for complaining about sexual harassment.

The second component of the ruling is more straightforward and involves redefining the term “supervisor” for purposes of discrimination cases.   In the case of University of Texas Southwestern Medical Center v. Nassar, the Court ruled that a supervisor is a person who has authority over the employee in the workplace, including the power to hire and fire.  More broadly, a supervisor has the power to hire, fire, promote, transfer or otherwise discipline an employee.  In that sense, the supervisor is a representative of the business ownership, who may be held legally accountable under the law.