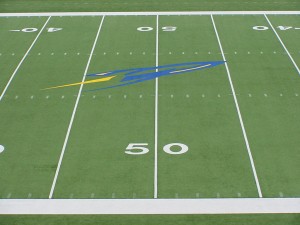 Seattle rolled over Denver in Super Bowl 48, but according to that most reliable source—somebody on the Internet, Challenger, Gray & Christmas in this case—the day after the Super Bowl costs American businesses $850 million in lost productivity.  People call in sick because of overindulgence, or come into work hung over, or spend an inordinate amount of time talking about the game, to the detriment of getting something done.

Of course, the Super Bowl isn’t the only thing sapping productivity.  Fantasy football allegedly costs employers $1.1 billion a week, so with a 17 week season, that adds up to $18.7 billion annually, a figure ignores the draft and the preseason, but whatever.  ($19.55 billion total.)

Other sporting events also take a toll: March Madness? $192 million.  ($19.74 billion) Fantasy baseball? Couldn’t actually find any figures, so I’ll assume that it is not as popular as fantasy football, making the weekly figures smaller.  But the season lasts about six months, so we’re going to assign it the same cost as football, at $18.7 billion.  (Total, $38.44 billion) The fantasy baseball number is the last that is not backed up by that most reliable source.

And the legal-related issues: $1 billion to sexual harassment, $13 billion to slip and fall accidents, $9 billion to return fraud, $80 billion to insurance fraud, $140 billion to cybercrime and a whopping $576 billion to illness, and we’re up to about $4 trillion total.

And then there are the figures that may be in jest, but we’ll add them anyway: $180 billion to bathroom breaks, $500 billion to employees eating out instead of at their desk, $12 billion to CyberMonday, $5 billion because of cold weather, and we come up with $4.5 nearly trillion annually in business losses.

And these losses aren’t the only ones out there.  If you care to add to the total productivity losses for electronic goofing off, you can probably find scores more.  But do the numbers actually mean something?

In 2012, U.S.  gross domestic product was valued at a bit more than $16 trillion.  Is it possible that the GDP could have total more than $20 trillion if these drags on business were eliminated? In a word, no.  All of these studies start with the assumption that an employee starts to work the second they are on the clock and are at peak productivity until quitting time.  Even if all of these events were eliminated, productivity increases would likely be far short of $4.5 trillion.  People are not machines and cannot be made to work like machines.

These studies do highlight problems that employers face, but the figures quoted should be considered with a healthy dose of salt.  And there are solutions, though none as easy as the two suggested for Post Super Bowl Monday: Move the game to Saturday or make PSBM a national holiday.  I’m sure there are studies that show how much each national holiday lowers worker productivity, but in the interest of lowering electronic goofing off totals, let’s ignore that for now.