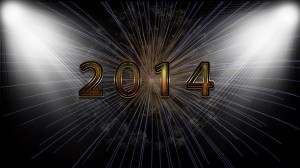 Illinois has adopted several new laws which will affect Illinois businesses. Here are just a few:

Texting and Cell Phone use has been banned while driving in Illinois. Illinois businesses that have employees using vehicles as part of their work should take measures to insure that employees do not violate this rule while driving.

Medical marijuana will be legal in Illinois in 2014, but with many more restrictions than most other states, and only for four years. Marijuana may be used to treat 40 conditions, but prospective patients must have an existing relationship with the prescribing doctor. Businesses wishing to maintain a drug-free workplace may terminate a patient with a prescription and property owners may ban the use of marijuana on their grounds. Many suburbs are limiting where medical marijuana may be grown or sold, but state law bars municipalities from banning the growing or sale of marijuana altogether. The Illinois regulators in charge of enforcing the law have indicated that the new regulations won’t be ready until late in 2014.

e-Cigarettes will not be available for purchase for anyone under the age of 18. The e-cigarette bill was introduced to combat nicotine addiction. The purchase of e-cigarettes and other alternative nicotine products, will fall under the same restrictions as tobacco products. In a somewhat related measure, cigarettes have been included in the legal definition of litter, so tossing that fag out the window of your car is now a crime!

Tanning salons will lose a few customers under a new law that bans anyone under the age of 18 from using tanning beds, the sixth state to do so. Previously, minors between the ages of 14 and 17 could use tanning beds with the permission of their parents. The law is based on evidence that the use of tanning beds leads to increased risk of developing melanoma and other forms of skin cancer. The law does not affect tanning beds in private homes.

Lemon Puppy Law gives purchasers of pets the right to return the pet to the store if the pet has a disorder that should have been disclosed. The Animal Welfare Puppy Lemon Law says that if a licensed veterinarian diagnoses an animal as “unfit” within 21 days of purchase, a buyer can get a new pet, have the full purchase price refunded, or be reimbursed for veterinary bills by the pet shop owner. The law also requires pet shops to reports any outbreak of disease. The law does not apply to breeders or shelters.

The Illinois Right to Privacy in the Workplace Act has been amended so that an employer can require an employee to provide access to any social networking site if the employee has a “professional account.” Employers are still barred from seeking access to an employee’s personal accounts. A “professional account” is defined as “an account, service, or profile created, maintained, used, or accessed by a current or prospective employee for business purposes of the employer.”

Marriage rights to gay and lesbian couples has been enacted, but how this affects private businesses is not yet decided. Religious institutions, clergy and some private clubs do not have to allow or perform same-sex ceremonies, but it is unclear whether a private company such as a florist, caterer, or photographer can refuse business from same-sex couples. Attorneys on both sides of the issue are preparing for legal battles.

Fracking in Illinois has been approved. But, recent research finds that chemicals in the fluid used in the hydraulic fracturing (“fracking”) gas drilling technique may disrupt the functioning of human hormones and lead to increased risk of infertility, cancer, and other health problems. According to a recent study by the Endocrine Society and published in the medical journal Endocrinology, endrocrine-disrupting chemicals (EDCs), which can interfere with the body’s normal hormonal functions, are found in fracking fluid. According to one of the authors more than 700 used in fracking could “raise the risk of reproductive, metabolic, neurological and other diseases, especially in children who are exposed” to them.