A–Rod and his legal hassles: 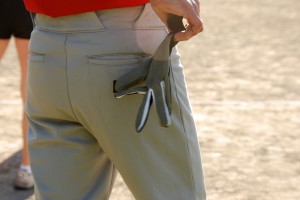 Essentially, A–Rod was suspended for 211 games (the remainder of the 2013 season and all of the 2014 season).  The other 12 players were suspended for 50 games which were imposed under an agreement with MLB.  As part of the other 12 suspensions, they all agreed not to appeal.

A–Rod is the only one who chose to appeal.

In fighting the suspension imposed on by MLB, Alex Rodriguez’s high priced legal team (which includes three large law firms),must make the argument that the penalty is unreasonable and inconsistent with other penalties imposed by MLB against the other 10 players suspended.  This is the type of argument that employees make in protesting penalties imposed on them for workplace infractions.

However, this is actually A–Rod’s second offense and there is justification for this larger penalty given the fact that A–Rod chose not to make the deal.

The Arbitrator will be free to make whatever decision he thinks is appropriate.  The suspension can be upheld or modified, which is what A–Rod’s lawyers think will be done.

This is tough burden to meet, but given A–Rod’s ridiculously high salary, is well worth the risk.  A–Rod is not just fighting for his life – as he claimed – but his fighting to preserve his contractual rights to his high salary with the Yankees.