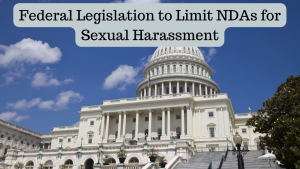 Are NDAs for Sexual Harassment dead?

Employers will no longer be able to require workers to sign upfront non-disclosure agreements (NDAs) pertaining to sexual harassment incidents they have experienced or witnessed under new federal legislation that passed overwhelmingly through Congress and signed into law by President Biden on December 7.

One operative word here is “upfront.”   The Speak Out Act does not prohibit businesses from negotiating for NDAs that cover sexual harassment as part of a court settlement.  It simply means that aggrieved employees will need to speak out before filing any potential lawsuit that could lead to an NDA prohibiting them from doing so.  The new legislation also does not apply retroactively, so employers that previously had NDAs in place will not suddenly be faced with a flood of public allegations from prior to the legislation’s signing; the prohibition on upfront NDAs applies only going forward.