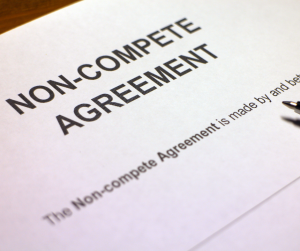 Illinois Employers who want to protect their business and trade secrets by using restrictive employment contracts will find new hoops to jump through.   The enforcement of non-compete and non-solicit agreements, designed to erect roadblocks to prevent former employees from gaining an unfair advantage due to their proprietary knowledge of your business or relationships with your customers, has always been tricky.  But a recent law will make it more complicated.

An amendment to the Illinois Freedom to Work Act that will take effect on January 1, 2022, will create new hurdles for business owners hoping to prevent employees who have left on frosty terms from exploiting their knowledge of customer contacts, pricing and other trade secrets that could enable them to take shortcuts to parity as your adversary.

Until now, employers were unable to insist on non-compete or non-solicit agreements for workers earning less than $13 per hour or the minimum wage, whichever was higher. That hurdle that has been raised to workers earning up to $75,000 annually in the case of non-competes and $45,000 for non-solicits—figures that will rise every five years and ultimately hit $90,000 and $52,000, respectively, in 2037.

Two provisions of the amendment that apply only to non-competes prohibit such covenants for employees covered under a collective bargaining agreement or who work in frontline construction jobs, as well as those laid off even temporarily because of COVID-19—although employers can get around the latter provision if they agree to compensate the employee at their base salary level, minus any other earnings they might land.

The amendment codifies a couple provisions of Illinois common law that had been clarified previously in the courts. One says that non-competes or non-solicits can only apply to employees who have been with the employer for at least two years, and/or received a bonus, promotion or similar considerations. The other instructs courts to consider what constitutes an employer’s “legitimate business interest” on a case by case basis, accounting for any and all circumstances that could be relevant to the determination and not deciding solely upon one.

If the parties involved have agreed to allow courts to modify their covenants based on fairness, good faith and reasonableness, courts are granted that discretion in the amendment—another erstwhile common law feature known as the “blue pencil doctrine.” Small businesses probably should include a clause in non-competes and non-solicits granting this authority to the judicial system.

Other provisions in the amendment variously require that: employers give employees at least 14 days to review a covenant prior to signing and instruct them that they can meet with an attorney first; attorney’s fees are paid to any employee prevailing over an employer who files a civil action or arbitration to enforce a covenant; and that the Illinois Attorney General consider investigating “pattern or practice” violations by employers. The latter can lead to civil penalties of up to $5,000 per first violation and $10,000 per repeat violation within five years.

Ultimately, restrictive covenants need to strike a balance between protecting employers’ interests and breaching the always-subjective boundaries of what a court might consider unreasonable.  Courts will need to see a sound basis for imposing the covenant that fits with the nature and scope of the business and does not come across as arbitrary.  Ideally, however, you won’t end up in court in the first place.  Bottom line for employers:  If you need to use restrictive contracts to protect your business and trade secrets, you should have your attorneys review the agreements.