2016 Tax Bills Coming Soon: Here’s What You Can Expect

The Cook County Clerk recently published 2016 property tax rates.  This is the final step in the billing process.  Second installment 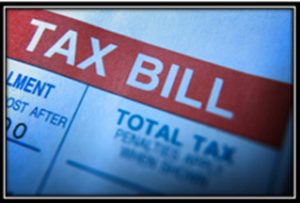 2016 tax bills will be mailed by the end of June and will be due on August 1, 2017.  Here are some notable facts that will affect this year’s tax bills.

Closing Comments:  Property values are starting to increase again as we leave the recession behind, but government officials show little to no ability to rein in spending.  After years of under-funding pensions and experiencing the lowest tax rates in Cook County, Chicago has made the decision to raise property taxes to shore up their pensions and is in the early stages of a five-year pension hike program.  As a result, Chicago taxes are likely to increase in the future.  Fortunately for suburban taxpayers, tax caps enacted in the 1990s deny most units of local government the ability to increase tax levies beyond the rate of inflation (CPI) so that the huge tax increases experienced in Chicago will be unlikely in the suburbs unless the State legislature enacts legislation allowing non-home rule suburban taxing bodies the right to bust the tax caps to increase levies.