In our information age – the Age of Google, you might say – everybody knows that free speech is protected by the first amendment.  And many believe that one can say whatever one wants on social media.

THIS IS SIMPLY NOTE TRUE – and that is not an alternative fact!  Free speech does have limits, and threats to others are not protected speech.

The courts have long held that several categories speech may be limited: speech that is defamatory, for example, or obscene, or fighting words, or words advocating violence. Or speech that is likely to incite harm, such as shouting “Fire!” in a crowded theater.  And threats – true threats – are not protected under the first amendment.

What is a “true threat”?   It is one that a reasonable person would interpret as a real and serious communication of an intent to inflict harm.  Thus, if something is clearly meant as a joke, or is merely hyperbole (If you say that again, I’ll kill you!), is not a true threat.  A true threat may be directed at an identifiable individual, but it may be directed at a particular group.  An exhortation to shoot police officers, for example, has been held to be a true threat   A man in Connecticut was arrested after he posted a message on Facebook saying that he believed the Dallas shooter (the one who ambushed Dallas police officers) was a hero.  And he had gone further; he called for more police officers to be killed.  The court held that the first part of his statement – that the shooter was a hero – was protected speech; that was his opinion.  But the court held that the second part, the exhortation to kill policemen, was a crime.  Under a Connecticut statute, it is a felony to advocate or solicit injury to a police officer. 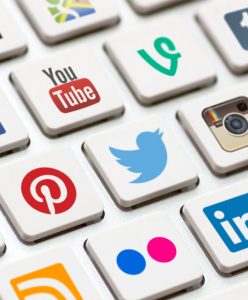 But what about Facebook threats to just ordinary people? A federal statute prohibits that too:

18 U.S. Code § 875 – Interstate communications …. (c) whoever transmits in interstate or foreign commerce any communication containing any threat to kidnap any person or any threat to injure the person of another, shall be fined under this title or imprisoned not more than five years, or both. (Emphasis added.)

So it’s a good idea to avoid posting anything that sounds like a threat on Facebook or any social media. Any person who winds up charged with posting a threat will lose big time – even if they win in court. The experience is certain to involve serious anguish and likely will be very, very expensive.