It is time for businesses to give cyber-crime protection high priority; the sooner the better.  The mounting numbers of cyber-attacks on businesses are a serious threat to every sort of commercial enterprise.  Cyber intrusions have become really dangerous, sophisticated, and commonplace.

Businesses are attacked (whether they know it or not) on an average of 16,856 times a year, according to statistics compiled by IBM. That’s 46 attacks every business must deal with every day — or nearly two attacks an hour. Most of these–the vast majority of them–never get past a business’s firewall. But on average, about 1.7 attacks get through.

These intrusions are mainly of two types: malicious code attacks, and denial of service attacks.

In recent years, about 47% of Americans had their personal information stolen by hackers. Most of these thefts occurred not from breaches of their home computers, but through breaches at large companies.

A malicious code attack is a code introduced into a software system or script in order to cause undesired effects, security breaches or damage to the system. Generically, it includes viruses, worms, and Trojan horses.

A denial of service attack is one which renders an on-line resource unavailable to its intended users, usually by overwhelming the site with requests and overloading the system, p 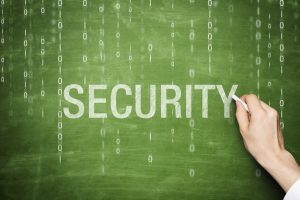 reventing legitimate requests from being recognized.

Currently, companies in the United States are suffering cyber-crime losses of more than $525 million annually. And, billions of dollars are lost every year just in repairing systems, according to the FBI.

For more information on this subject, take a look at “Protection from E-mail Scams” on the Bellas-Wachowski web page.