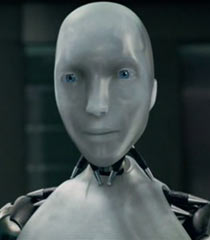 Can I-Robot Hold a Patent?

An obscure but telling sign of when the robots will have taken over will be in evidence when they’re allowed to be named as inventors on patent applications.  But that day—when “I, Robot”-like artificial intelligence is thusly recognized as rivaling that of humans—hasn’t come about yet, at least not here in these United States.  So Sonny – the good robot in the movie I, Robot” – cannot hold a patent, at least not yet!

That came as a disappointment to Stephen Thaler, creator of the DABUS (Device for the Autonomous Bootstrapping of Unified Sentience) AI system, who had filed two patent applications with the U.S. Patent and Trademark Office listing only DABUS as the inventor.